Gelato is so much more than just ice cream. It is creamier, richer, and much more intense flavor-wise. Once you develop a love for gelato it is very difficult to go back to regular ice creams! It is a great way to quench your thirst for some ice cream and is also better for your health.

Gelato uses whole milk in place of heavy cream (which is typically used in ice cream) which makes it relatively healthier. Having a gelato once in a while can truly warm your soul and it is available in a variety of flavors. The best part is that you can even come up with your own flavors if you make gelato at home. However, as your day-to-day treat, you must always keep in mind the following best gelato brands, which are definitely worth the hype.

Talenti is one of the most popular Gelato brands that is owned by Unilever. It was founded in Dallas, Texas by Josh Hochschuler in 2003. The brand is known for creating the most exquisite Gelato that is authentic and rich in flavor and texture. It is made with the best quality product. You will be able to find over 40 different flavors of Gelato from this company to choose from.

The best part about Talenti is that it offers you a wide variety of fat-free Gelato, vegan Gelato, gluten-free gelato, and organic gelato. The wide selection of Gelato offered by Talenti is what separates it from other brands. Some of the most celebrated flavors that are produced by this company include Coffee Chocolate Chip, Caramel Cookie Crunch, Chocolate Cherry Cheesecake, Salted Caramel Truffle, Belgian Chocolate, and many more.

Just like the authentic Italian Gelato, the flavors are manufactured in small batches and not flavored with added sweeteners like sugar or corn syrup. You will also be able to find a wide variety of seasonal Gelato flavors that are prepared with fresh fruits. These gelatos are hand-churned for an explicit experience and an amazing mouthfeel. Breyers is an ice cream company that specializes in not only ice cream but also Gelato. It was founded in Philadelphia by William A. Breyer back in 1866.  It was primarily an ice cream company that was later purchased by Unilever in 1993 because of its huge success. After it was acquired by Unilever, Breyers started producing Gelato to expand its business even further. Since then, Breyers has developed an exquisite line of Gelato that is available in two delicious flavors: Vanilla Caramel Gelato Indulgences and Raspberry Cheesecake Gelato Indulgences.

The gelato produced by Breyers is free from lactose, gluten, GMOs, dairy, and added sugar. It is a much healthier option in comparison to ice-creams. If you are a fan of texture and complexity in your dessert, the Raspberry Cheesecake is the right choice for you as it combines the freshness of Raspberry with Graham crackers to provide you with an intelligent experience. Similarly, the Vanilla Caramel Gelato is a marriage between two of the most classic ice cream flavors that mix Vanilla with caramel swirls.

Ciao Bella is one of the best gelato brands and is a company that especially provides a beautiful line of gelatos and sorbettos. It was founded back in 1983 by two cousins Laura Grady and Jon F. Snyder in New York City. The company was so successful, that by just 1993, the market sales of this company had reached a total of $1 million.

The cousins developed a very well thought strategy of selling their products by partnering with eateries, chefs, cafes, and restaurants. Since New York City is the hub of eateries, this was easily implemented by them.  Even now the company has not lost its glory as it is available in almost all the grocery stores in the U.S. and it sells about 16oz of gelato pints through these grocery stores. Gelato Fiasco was founded in Maine by two college graduates. They realized that there was a dearth of authentic and high-quality Gelato in the City which they wanted to fulfill. They took it upon themselves to come up with a Gelato brand that would serve an authentic gelato experience and an immersive brand in the local market.

The first store was opened in 2007 in Brunswick. Since then, the company has expanded and opened stores in Maine while also serving more than 2000 grocery stores, specialty stores, and corner stores. The most exciting part about this brand is that it has come up with more than 1500 Gelato flavors. Of these, the 11 most popular flavors are available all around the season which include Maine Wild Blueberry Crisp, Dark Chocolate Caramel Sea Salt, and more. You can easily order these flavors online and enjoy them at home.

If you are a huge fan of Gelato Fiasco, you can join their Red Spoon Society. This way you can earn two points for every $1 you spend buying Gelato or sorbet at the store. On receiving a hundred points you get an award from the company. More interestingly, if you can reach 10,000 points you will get the privilege of naming and creating a Gelato flavor and be named a top-tier customer. This company was founded in New York by a family. Not only do they serve Gelato but also have come up with some of the most interesting flavors of sorbet and frozen yogurt. The goal of this company was two not simply come up with good desserts but also boost your health with these desserts. For this reason, the products are infused with probiotics that will help to rejuvenate your immune system, fight obesity, keep your digestive system better and also keep infections away.

The most important idea that is propagated with the deserts created by this company is to make food enjoyable as well as healthy at the same time. YoLyfe has produced a wide range of 17 flavors of Gelato that are gluten-free. Among the most popular Gelato flavors, you will be able to find Sour Black Cherry Amarena, Crème Caramel Gelato, Stracciatella, and many more. Not only will you be able to get these gelatos delivered to your home for free but you can also become part of their Flavor of the Month club.

Dolcezza is undoubtedly one of the best gelato brands simply keeping in mind how exquisite the Gelato produced by this brand is. Unlike other gelato companies that sell by the pint, Dolcezza offers you an incredible experience by providing Gelato at their coffee parlor which is located in Washington DC.

This company was established in 2004 and produces Gelato from scratch on a regular basis that is served in their coffee and Gelato parlor. These freshly prepared gelatos are also available in the farmers’ market and delivered to 8 local shops in the area.

Dolcezza has found a perfect balance between authentic Italian techniques and modern innovations to come up with their own method of preparing Gelato in small batches with the most exquisite ingredients every morning. They are made from locally sourced and fresh ingredients like milk, cream, cheese, fruits, herbs, and nuts.

They provide Gelato and 10 exquisite flavors such as Stracciatella, Mascarpone and Berries, and many more. This is definitely an artisanal experience into the world of Gelato that you must try.

Revolution Gelato was founded by Jared Olkin in 2010. The gelatin produced by this company is absolutely dairy-free making them vegan. The founder was influenced by his great grandfather who used to run a very successful soda fountain in 1924 at NYC’s Hell’s Kitchen.

While ice creams and desserts are often associated with dairy, Olkin truly wanted to revolutionize this notion by creating a vegan brand of Gelato that is dedicated to producing the most rich and decadent variety of desserts in the US. The process took time, but with a great deal of innovation and labor, the company was able to create and now serves 8 versatile flavors of Gelato. Not only will you be able to find these Gelato flavors in grocery stores but also through their online portal that delivers Gelato to your home.

You can also select their Mini Gelato Pies that are available in four flavors. If you do not want to buy a pint of Gelato, you’ll also be able to find single-serve cups in the 6 most popular flavors produced by this company which includes Full Throttle Vanilla, Cardamom Spice among others.

If you are looking for one of the best gelato brands that are extremely popular in the US PreGel Gelato is the right option for you. This company was founded back in 1964 by Luciano Rabboni in Germany.

The reason why the company is called “pre-gel” is that it stands for pre-Gelato. This means that the company provides you with all the ingredients that are required for making Gelato for you to make at home. This is an ingenious idea because the texture of gelato is widely changed as it sits in the freezer and is best enjoyed when fresh. The idea behind the company has received much praise and is widely celebrated around the country.

They provide the most indulgent Gelato ingredients and are available in over 130 countries including the United States. They offer 5 varieties of plain bases, three fruit bases, 61 different types of flavored bases, four varieties of stabilizers, 65 wide varieties of Gelato flavorings, and another 60 different types of coatings and toppings. This means that you can mix and match your favorite combinations to provide and create your flavors at home!

HäagenDazs is undeniably one of the most popular and well-celebrated ice cream brands in the United States. The company was initially established in 1961 and primarily focused on ice creams; it started producing gelatos in 2013.

They provided 7 unique Gelato flavors that were exceptionally decadent and interesting, to begin with. Some of these gelatin flavors include Stracciatella, Dark Chocolate Chip, Sea Salt Caramel, Vanilla Bean, Black Cherry Amaretto, Limoncello and Cappuccino.

Given the rich and decadent texture of Gelato that is maintained by HäagenDazs, in reality, they contain 50% less fat as well as 30% less sugar in comparison to the typical ice cream produced by them. Just like authentic Gelato, the texture is softer but the gelato is much denser. You will be able to find them in supermarkets and grocery stores near you. Nancy’s Fancy is an exquisite Gelato and sorbetto Company that was established in Los Angeles in 2015. It was created by Nancy Silverton, who is an American chef of a huge magnitude. Having won multiple awards and garnering a huge reputation she started this company with her husband in 2015.

They used the freshest and locally sourced ingredients to provide you with organic and creamy gelatos that are available in 15 versatile flavors. Some of these flavors that have created a store in the market include Coconut Stracciatella and Bourbon Vanilla Bean among others. Being owned by one of the most celebrated Chefs in America definitely means that you will be able to enjoy the best Gelato from this company. Not only is it available in grocery stores but you can also order them online.

Get your hands on the most decadent Gelato from these best Gelato brands in the USA. Enjoy your creamy moments! 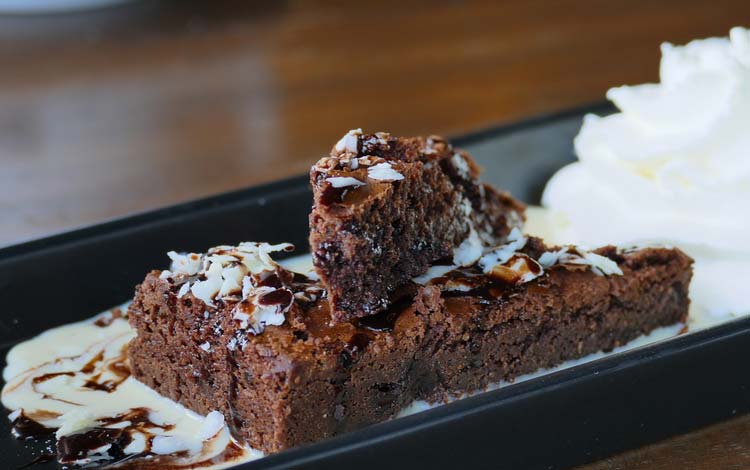